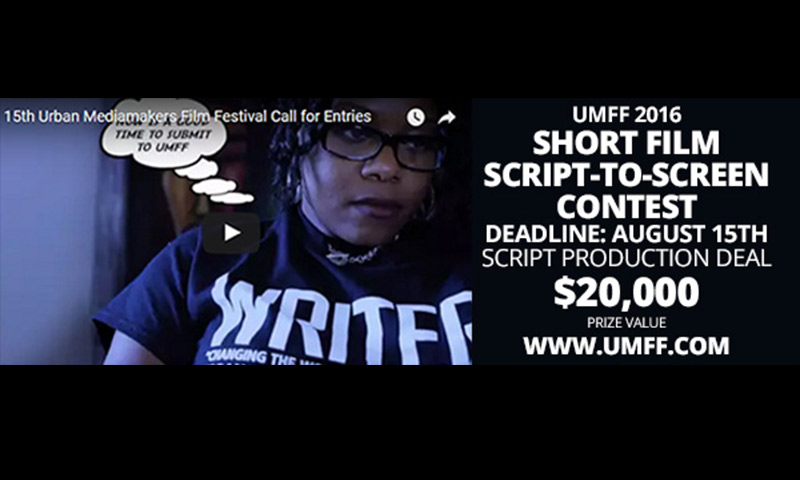 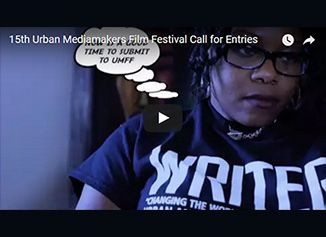 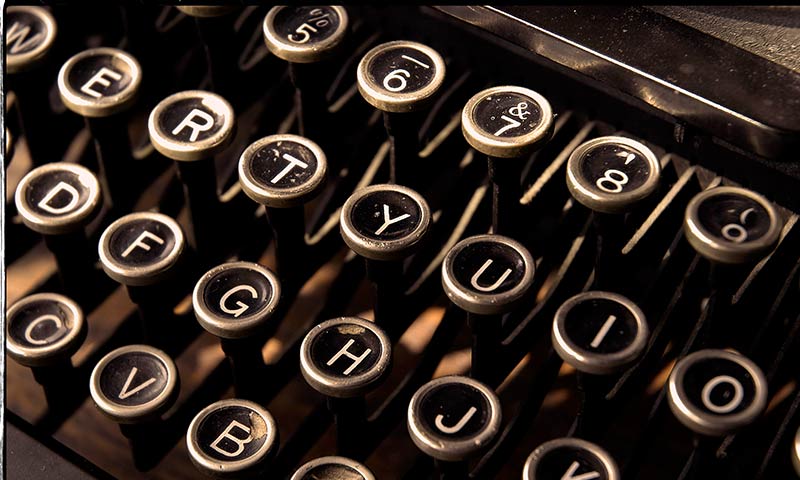 Submit your original short script to the 16th Urban Mediamakers Film Festival (UMFF) 2017 today for a chance to win a production deal from UMFF in partnership with Camrose Creative Services, Inc. to bring the script to screen. As producing partners on the film, UMFF will provide a professional production team, additional fundraising, editing, a social media and internet presence, festival submission and distribution.

Submit your project today directly through UMFF, FilmFreeway or Withoutabox!

Submit Your Project to UMFF 2017 | Call for Entries: CLOSED

The 16th Urban Mediamakers Film Festival 2017 has announced the Short Film Script-to-Screen call for entries is now OPEN. Submit your project by August 18, 2017 directly to UMFF or through our partners below:

GENERAL RULES:
– Writers must be 18+ years old.
– Must be 15 pages or less (this short film will be no longer than 15 minutes).
– Deliver script as a PDF; screenplay should follow basic formatting parameters.
– UMFF will help with raising additional funds; however, the script must be able to be made on a very low budget (limit your locations, etc.).
– Finalized film must have its world premiere at the Urban Mediamakers Film Festival.

RULES:
– Submissions to the Urban Mediamakers Film Festival must be electronic until midnight on August 18, 2017.
– All entry fees are non-refundable.
– All submitted material must be original. All rights must be wholly owned by the writer(s).
– Material must be submitted by the writer. Material written by writing teams must be submitted by one of the writers, with consent of the other(s). All writers must be credited on title page.
– If a writing team is chosen, participation in the award will be granted to both writers.
– Substitutions of either corrected pages or new drafts of the entered material are not allowed. Please proofread your script very carefully before submitting.
– All submission must be registered with the Writers Guild of America (WGA) or US Copyright Office before submitting.
– Contact information must be included on the cover page of the screenplay.
– All ownership and rights to the scripts submitted to the UMFF contest remain with the original rights holder(s) until and unless other agreements are made.
– This is not a cash award to the writer(s).

WRITER ELIGIBILITY:
– All writers at least 18 years of age are eligible.
– Script must be in English and the film production will take place in metro-Atlanta.
– Script must not have been produced before.
– Screenplay must be owned and submitted by the writer.
– Material should be submitted in standard screenplay format.
– No adaptations unless the work is in the public domain.
– Short screenplays longer than 15 pages will not be eligible.
– All material must be submitted electronically as a PDF or Word document only.

Any submission may be deemed ineligible at the sole discretion of UMFF. We reserve the right to amend these rules at any time.

OWNERSHIP - All ownership and rights to the scripts submitted to this contest remains with the original rights holders until and unless other agreements are made.

COPYRIGHT - UMFF in partnership with Camrose Creative Services, Inc. will own the copyright of the script and completed film.

PUBLICITY - By participating in the contest, each writer(s) consent to UMFF and its agents’ and contest sponsor’s use of entrants’ names, likenesses, photographs, and/or personal information for promotional purposes in any media, worldwide, without further payment or consideration.

ENTRY CONDITIONS AND RELEASE - By entering this contest, each participant agrees to release and hold harmless UMFF, its subsidiary, parent and affiliated companies, sponsors, and any other organization responsible for administering, advertising or promoting the contest and promotion, and every one of their respective members, directors, employees, agents and representatives (collectively, the “Released Parties”) past and present from and against any and all claims, expenses, and liability, including but not limited to damages and negligence to property and persons, including but not limited to invasion of privacy, defamation, slander, libel, violation of right of publicity, copyright, infringement of trademark or other intellectual property rights relating to a participant’s entry, participation in the promotion and/or acceptance or use or misuse of prize; provided however, that such release will not apply to any commercial exploitation of the script by a Released Party in violation of your rights under applicable copyright law; and (c) indemnify, defend and hold harmless the UMFF and its sponsor, agents and employees from and against any and all claims, expenses, and liabilities (including reasonable attorney’s fees) relating to a participant’s involvement in the contest. This contest is void where prohibited by state or local laws.